Define your battles so they do not define you. 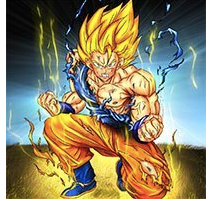 In the popular show Dragon Ball Z, when a near death experience or even death occurs they become even stronger.


Everyone given enough time alive encounter battles during our time here in our experience of life. The battles are all unique to us designed specifically to get us to become stronger versions of ourselves. Many times we do not understand exactly why we go through these tragedies. I have a strong inclination that hind sight truly is 20/20, and at the end, things will be fully explained. It's like watching a good movie and trying to predict the ending. We get to the ending and we find out everything we thought to be true to be totally different or the presumed conclusions are confirmed. However, should we prepare for these battles with anticipation and trust the game changes.

The other day my friend Jason and I did a work out called the Fatal 40. We've also have done some other workouts in which I seriously push myself to limits where, no joke, I go into a state of 1/2 life. The motor is going with only one goal in mind. To finish. No stopping for water, no conversation. Just movement. Zombie mode. Then when the time is right, I bring the last bit of life I have to the surface and finish with everything I have. I really like workouts that mix running in intermittently. I thrive for that finish. The final sprint. 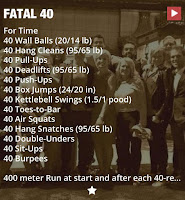 During some point before zombie mode when my brain was solving the worlds problems I began to contemplate the idea of death in life. The idea of killing our selves and coming back a better version. An elevated version. This led to reflecting on the process of relearning who I was after active addiction, and the me now. I was new from rehab, redefined after I fell off the mountain, then again after AmeriCorps I discovered something new about myself. Each stage of life requires me to become a more skillful version of who I am.

Some new me's are drastically different. For example, the me from destructive addiction and into who I became after rehab. This literally, had me getting to know who I was, and if who I thought I was, was who my actions defined me to be. Questions like, What do I value?  What do I believe in? were alone questions which, when asked honestly were a thorn in my side. I began to realize that the beliefs I thought I had were not supported by my actions. For example. I believe in honesty. Well what is honesty? Am I trustworthy? Why not? Well I thought I was an honest person. I may have been in some aspects but clearly not nearly enough to wear a badge of honesty on my sleeve. Just this one belief, if adopted, is incredibly hard to uphold truthfully. Using words like always and never become disastrous. Commitment to projects and following through with promises and endeavors become imperative. If I believe in honesty than even white lies become black, even more dark as I concern. This leads me to the smaller of the deaths of life. These deaths become more like a grasshopper shedding its skin. The beliefs of the new me are being solidified or changed with what each new conquer over adversity.

Not all of these adversities are so physical. Most are in our minds. Fears, hatred, indifference or the "should's virus". Overcoming these fears with faith, conquering hate or indifference with love, and those things we know we should do with passion. Each time we go to war with these destructive addictions there is stress. There is challenge. There is pain and difficulty. That is what makes it worth it.

These moments as Joe DeSena says "Change our frame of reference." I prefer to believe that when someone comes out of tragedy, suffering, or even accomplishing something they didn't think they could do, a new you emerges. Someone slightly more confident, someone a bit more knowledgeable, a person, of  higher elevation.

This is why it is important to seek out challenges. Not only in the fitness realm, but skills and character as well. We must search our mind for the enemy within and go into battle equipped with a desire for development no amount of laziness can satisfy, no wall of fear can defend against, and no army of hate can conquer. This is what it takes for us to grow, for us to get stronger, and for our ascension.

The BA2L is real,
Be Addicted 2 Life,
Eric 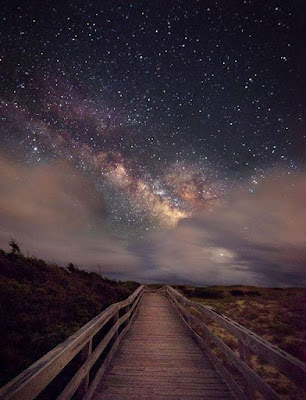